E27, Asia’s leading technology news and resource platform, talks to CamboTicket Co-Founder and discovers the concept behind it.

CamboTicket is a new online ticketing startup based in Cambodia. Co-founded by Rahul Anand, a former lawyer and investment banker originally from India
who earlier this year became interested in the frontier market, the startup has already become profitable in the few months since its launch.

In March, 2014, Anand took his first trip to the country to experience it firsthand, and has since been returning every three weeks or so. Out of these trips was born CamboTicket, his first Cambodia-based startup that he founded together with another expat based in the country.

“Cambodia is typically not on the radar of investors or big media… [but] I’d been hearing a lot of good noises… and was very pleasantly surprised. I’ve been across a lot of markets and I’ve travelled extensively. I’ve seen the developments in places like Thailand, Vietnam and Indonesia over the last five to 10 years. Very quickly I realised this is a fantastic market,” he told e27.

At only 15 million population, Cambodia is smaller than neighbouring frontier markets like Myanmar, but enjoys looser business regulations, a young population, and widely spoken English. Anand describes the country’s foreign direct investment (FDI) laws as among the most liberal in the world and the convenience of US dollars being the country’s currency.

CamboTicket saw an opportunity in the country. Everyone travels by bus between cities due to a poor and undeveloped public transport infrastructure, but there wasn’t yet a single website that aggregated all the main players in the space for convenience. Agencies tend to remain isolated and lack websites. To buy bus tickets almost always requires physically queuing at ticketing offices.

“The concept is to capture and facilitate making ticket booking online in [Cambodia] extremely streamlined… The USP is that you have the advantage of going to just one platform,” Anand said.

The startup is owned by holdings company SEA Ventures, which is offering a Rocket Internet-style accelerator model in Camodia since a few months. It hopes to use CamboTicket as a pioneer in the market and has several other ideas in the pipeline, some already close to launch stage.

The platform will be targeting locals and expats alike, with the capital Phnom Penh home to about 2.2 million, of which Anand estimates some 50,000-75,000 are expats. Bus routes will be available between major cities in Cambodia, but also to cities in Thailand and Vietnam. In total, 25 routes are available, with over 300 buses and 5,000 seats on any given day.

CamboTicket was fortunate in securing the only payment gateway in the country on its platform, something that was vital to the startup’s future if it wanted to be able to process credit and debit card payments from primarily foreign customers. Other payments options include local mobile payment service provider Wing, as well as cash on delivery in some locations (Cambodia is still largely a cash economy).

Anand said that he is using India’s redBus success story, which was acquired by ibiboGroup last year for US$135 million, as a roadmap for CamboTicket.

Opportunities to tie up with corporates for staff travel between cities is one area CamboTicket is exploring. Intercity taxis also shows potential, but in the long-term the platform aims to become a generic ticketing solution for all sorts of things, including events and movies. We are thrilled to announce we have teamed up with Wing to help make travel easy for travelers & backpackers in Cambodia. Wing has launched a special Wing4U tourist pack which enables tourists to travel Read more…

We are happy to announce that Kumho Samco has partnered with CamboTicket. The company has been serving the passengers in the region for almost a decade now. They have daily buses from Phnom Penh to Read more… 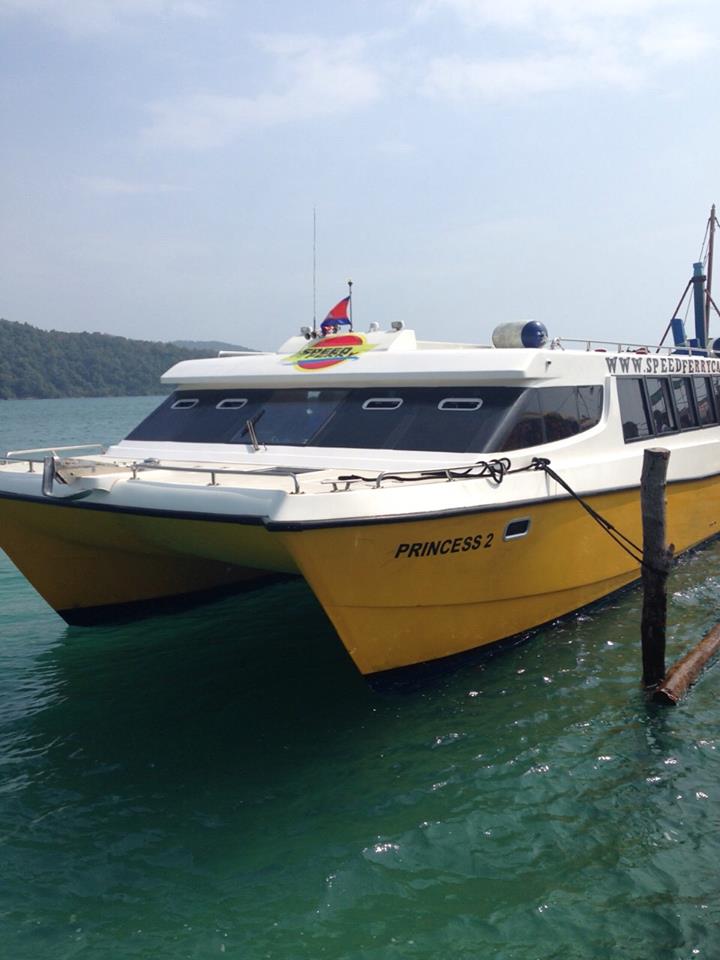 Speed Ferry to take you to Koh Rong Samloen CamboTicket is excited to announce its partnership with Speed Ferry. Therefore you can book tickets online with CamboTicket and make ferry trips to destinations off the Read more…